You are here: Industry Insights > Industry Data > Weekly Pharma News Review | PharmaSources.com (0829-0902)
Get alerted on the PharmaSources E-Newsletter and Pharma Sources Insight E-Compilation!
Note: You can unsubscribe from the alerts at any time.
Advertising 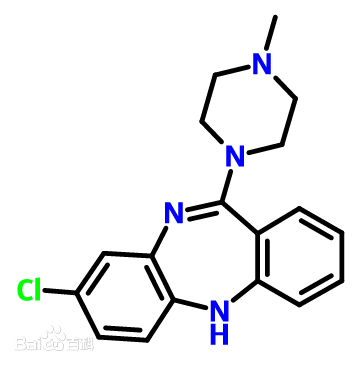 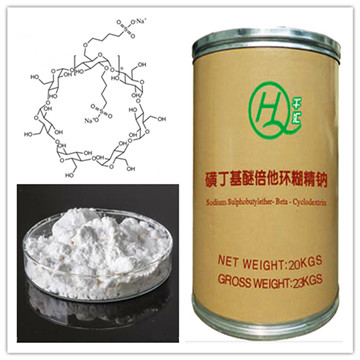 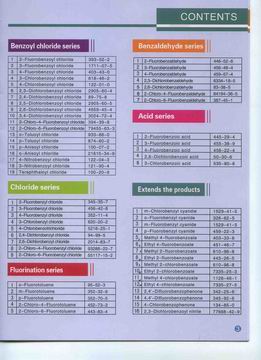 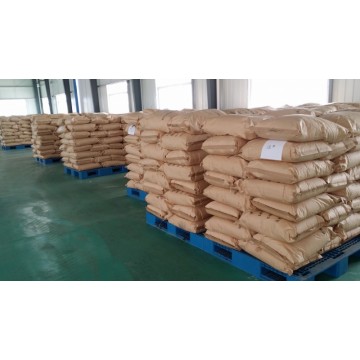 This week, the second biological drug developed by SinoCellTech - ripertamab, a new anti-CD20 monoclonal antibody, was approved for marketing, which aroused the attention of the industry. The news review of this week is from August 29 to September 2, covering a total of 26 pieces of information in 4 sections, i.e., drug review, R&D, business, and listing.

1. On August 30, the NMPA official website revealed that ripertamab, a new anti-CD20 monoclonal antibody developed by SinoCellTech, had been put on the market. It is for the treatment of newly diagnosed adult patients with CD20 positive diffuse large B-cell non-Hodgkin's lymphoma (DLBCL) with the international prognosis index (IPI) of 0-2,  combined with the standard CHOP chemotherapy (cyclophosphamide, adriamycin, vincristine, and prednisone). Ripertamab is the second biological drug of SinoCellTech that has been approved for marketing following the recombinant coagulation factor VIII.

2. On September 2, the NMPA official website revealed that AstraZeneca's application for new indications of the SGLT-2 inhibitor, Dapagliflozin tablets, had been approved. It is for the treatment of adult patients with chronic kidney disease (CKD) with a risk of disease progression. It can reduce the estimated risk of continuous decline of the glomerular filtration rate, progression to end-stage renal disease, death from cardiovascular diseases, and hospitalization with heart failure, regardless of whether these patients have type II diabetes or not. Previously, this indication had been approved by the FDA on April 30.

3. On September 2, the NMPA official website revealed that the new indication of the rivaroxaban tablets of Bayer had been approved for marketing. It is for the treatment of patients with the peripheral arterial disease (PAD) undergoing peripheral (lower limb) vascular reconstruction (surgical operation or intravascular treatment) to reduce the risk of major thrombotic vascular events (cardiovascular death, myocardial infarction, ischemic stroke, major amputation, and acute limb ischemia). Rivaroxaban is an oral drug with high selectivity and the direct inhibitory factor of Xa.

4. On September 2, the NMPA official website revealed that Novartis's Omalizumab Monoclonal Antibody Prefilled Injection/Home-use Preparation was approved. It is for the treatment of children aged 6 and above, adolescents, and adults with moderate to severe persistent allergic asthma, which could not be effectively controlled after the inhaled glucocorticoid and long-acting inhaled β2-adrenergic receptor agonist treatment. The approval indicates that patients can be injected at home without going to the hospital,  and thus control asthma symptoms more conveniently, quickly, and effectively.

5. On August 31, the CDE website revealed that the marketing application of the JAK3 inhibitor, peficitinib, developed by Astellas Pharma Inc. for the treatment of rheumatoid arthritis was accepted. This is also the first JAK3 inhibitor declared for marketing in China. Peficitinib is a selective JAK3 inhibitor independently developed by Astellas Pharma Inc. and was first approved for marketing in Japan in March 2019. The indication approved is for the treatment of patients with rheumatoid arthritis (including the prevention of structural joint injury) with insufficient responses to conventional therapies.

6. On August 30, the CDE official website revealed that the clinical trial application of the AK130 injection of Akeso, Inc. had been accepted. It is for the treatment of tumors. This is the first and the only TIGIT/TGFβ bispecific antibody under research in the world. AK130 is a bispecific antibody independently developed by Akeso, Inc., which can target TIGIT and TGFβ immunosuppressive receptors simultaneously.

7. On September 2, the CDE official website revealed that the clinical trial application of ASC61 tablets developed by Ascletis had been accepted. It is for the treatment of solid tumors. ASC61, an oral drug independently developed by Ascletis, is a PD-L1 small molecule inhibitor prodrug. ASC61-A, the active metabolite of ASC61, is a powerful and highly selective inhibitor, which can block the interaction of PD-1/PD-L1 by inducing the formation and endocytosis of PD-L1 dimer. In August 2022, Ascletis announced that the first patient was dosed in a Phase I clinical trial of ASC61 in the United States.

8. On September 2, the CDE website revealed that the clinical trial application of LM-305 for injection of LaNova Medicines had been accepted, which was the first ADC drug targeting GPRC5D to enter the clinical development phase in the world. GPRC5D is a member of the G protein-coupled receptor family. In July 2022, the FDA approved the clinical trial application of LM-305 for the evaluation of the safety, tolerance, pharmacokinetics, and preliminary anti-tumor activity of LM-305 in patients with multiple myeloma.

9. On September 2, the CDE website revealed that the Phase I clinical trial application of IMG-004 jointly developed by HUTCHMED and Inmagene had been accepted. IMG-004 is a non-covalent reversible third-generation BTK inhibitor discovered by HUTCHMED. It is specially designed for inflammatory and autoimmune diseases that usually require long-term treatments, and is characterized by strong efficacy, high selectivity, and brain osmosis. In May 2022, the clinical trial application of IMG-004 was approved by the FDA for the indication of multiple sclerosis.

10. On August 29, the CDE official website revealed that it proposed to include orelabrutinib, a BTK inhibitor independently developed by InnoCare Pharma, in the priority review. It is for the treatment of adult patients with relapsed/refractory marginal zone lymphoma (R/R MZL) who have accepted at least one kind of treatment before. At present, no BTK inhibitor has been approved for the treatment of marginal zone lymphoma in China.

11. On August 29, the CDE official website revealed that sugemalimab, a PD-L1 antibody of Cstone Pharmaceuticals, had been given priority review. It is for the single-drug treatment of relapsed or refractory extranodal natural killer/T cell lymphoma (R/R ENKTL). At present, no PD-1 or PD-L1 antibody has been approved for the treatment of R/R ENKTL, and sugemalimab is expected to be the first immunosuppressant against R/R ENKTL in the world.

12. On August 29, the CDE’s official website revealed that it proposed to include the teclistamab injection of Janssen, a subsidiary of Johnson & Johnson, in the breakthrough treatment varieties. It is for the treatment of adult patients with relapsed or refractory multiple myeloma who have received at least the three-line treatment before. Such previous treatments include a proteasome inhibitor (PI), an immunomodulator (IMiD), and an anti-CD38 monoclonal antibody.

13. On August 29, the CDE website revealed that it proposed to include STSP-0601, a coagulation factor X activator independently developed by Staidson, in the breakthrough treatment varieties. It is for the treatment of hemorrhage of hemophilia A or B patients with inhibitors. STSP-0601 is the first coagulation factor X activator with independent intellectual property rights in China, the Phase I clinical trial application of which was approved for the first time in July 2019.

14. On August 31, Sanofi declared that the marketing application of Xenpozyme (olipudasealpha) had been approved by the FDA. It is for the treatment of non-central nervous system symptoms in adult and pediatric patients with acid sphingomyelinase deficiency (ASMD). Xenpozyme is also the only drug approved specifically for the treatment of ASMD. It is regarded as a replacement therapy of hydrolytic lysosomal sphingomyelin-specific enzyme designed to replace deficient or defective acid sphingomyelinase.

15. On September 2, Boehringer Ingelheim declared that the marketing application of Spesolimab, a first-in-class monoclonal antibody, had been approved by the FDA to treat generalized pustular psoriasis (GPP). This is the first GPP therapy approved by the FDA. In March 2022, its marketing application was included in the priority review by the CDE.

17. On August 29, Dare Bioscience announced that the interim analysis results of Phase IIb Response Study on sildenafil cream for the treatment of female sexual arousal disorder (FSAD) were positive, and the enrollment of all patients was planned to be completed in Q4 2022, allowing for a topline data announcement target of Q2 2023. Nevertheless, the company did not release the specific data of the interim analysis.

18. On August 29, Hengrui announced that its Phase III clinical research (SHR6390-III-302) of dalpiciclib tablets combined with aromatase inhibitors for the treatment of HR-positive and HER2-negative advanced breast cancer had been determined by the Independent Data Monitoring Committee (IDMC) as the primary endpoint of progression-free survival (PFS) and reached the presupposition standard in the interim analysis.

19. On August 29, Alnylam Pharmaceuticals reported positive results from Phase II study of cemdisiran for the treatment of adults with immunoglobulin A nephropathy (IgAN). cemdisiran (ALN-CC5) is a subcutaneously administered, investigational RNAi therapeutic targeting the C5 component of the complement pathway. Created by Alnylam's Enhanced Stability Chemistry (ESC)-GalNAc delivery platform, cemdisiran is characterized by greater efficacy and stability. It is being developed in partnership with Regeneron Pharmaceuticals for the treatment of complement-mediated diseases.

20. On August 30, Poxel announced that its Phase II DESTINY-1 study on deuterated R-pioglitazone (PXL065) for the treatment of nonalcoholic steatohepatitis had reached the primary efficacy endpoint. The results indicate that PXL065 can significantly reduce the biomarker level related to liver fat content and liver fibrosis. Based on the preclinical and clinical results, Poxel believes that PXL065 may have a better therapeutic profile than pioglitazone for NASH and may also have suitable properties for further development in other indications including adrenoleukodystrophy (ALD).

22. On August 31, Futura Medical declared that the Phase III confirmatory clinical trial (FM71) looking into MED3000 for the treatment of erectile dysfunction (ED) had reached the primary endpoint. MED3000 is a nitroglycerin transdermal preparation developed by Futura Medical with its proprietary DermaSys drug delivery technology. Once approved for marketing, MED3000 will become the first over-the-counter drug (OTC) for the treatment of ED.

23. On August 31, HAISCO declared that the first Phase III clinical trial of Ciprofol Injection in the United States (HSK3486-304) had achieved preliminary statistical analysis results and reached the primary presupposition endpoint. Ciprofol Injection is classified as intravenous anesthetics, whose active component, Ciprofol, is a small molecule drug of (R)-configuration isomer and a GABAA receptor agonist.

25. On September 1, Novo Nordisk and Forma Therapeutics jointly declared that they had reached a final agreement that Novo Nordisk would acquire Forma Therapeutics with US$ 20 per share, a total share capital value of US$1.1 billion. The acquisition is expected to be completed in Q4 2022, serving as a supplement to Novo Nordisk's pipeline in the field of rare blood diseases.

26. On September 1, Biocytogen, focusing on oncology and autoimmune diseases, was officially listed on the Main Board of the Stock Exchange of Hong Kong. Biocytogen plans to issue 21.75 million shares at a price of HKD 25.22/share in this IPO, and the fundraising amount (excluding the issuance cost) will be approximately HKD 471 million. The funds will be mainly used for the clinical development of the key products YH003 and YH001 (70%) and the "Project Integrum" (15%).

Previous:InnoCare Announces Priority Review of Orelabrutinib for the Treatment of R/R MZL by NMPA 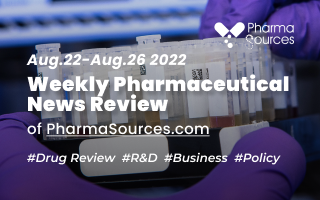