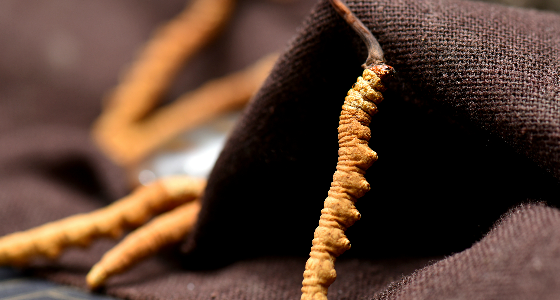 Cordyceps militaris grows on rice and distributes extensively in the Northern Hemisphere. Its fruiting body grows from the parasitized pupa underground like a rod, and the surface is striking orange-red. In terms of the specific use value, it can be eaten as a mushroom and has been artificially cultured. It is generally considered to have the TCM efficacy similar to Cordyceps sinensis, however, the efficacy is weaker but the price is cheaper, with relatively high cost performance. Many Cordyceps sinensis species are used as health food or pharmaceutical product in China and Southeast Asia because of the rich biologically active substances contained therein. In contrast to Cordyceps sinensis species, Cordyceps militaris can be easily cultured, with high a yield of cordycepin. Cordyceps militaris has high content of biologically active substances and contains many valuable bioactive ingredients.

Cordyceps genus species have similar bioactivity; the quantity of Cordyceps militaris can make up for the insufficient quality thereof

Cordyceps genus is the name of entomogenous fungi, and is considered as a kind of medicinal mushroom, with various magical functions and features. Cordyceps sinensis species have a rich natural source due to the low development and utilization of the natural environment in early modern times and have various bioactive substances; they are one of the most important traditional Chinese medicines in China and are extensively used as crude drug and folk nourishing food in East Asian region. Cordyceps mushrooms generally contain many active ingredients, such as cordycepin, polysaccharide, ergosterol, and mannitol, etc., wherein, the most important ingredient is cordycepin. Cordyceps militaris is generally considered to not only contain many bioactive substances but also the highest cordycepin content among Cordyceps genus species. Cordycepin has many bioactive functions, including anti-tumor, anti-aging, anti-virus, and anti-leukemia functions, etc.

Cordycepin has a structure similar to adenosine, with quick metabolism and small side effects

Cordycepin has a chemical structure similar to adenosine. Owing to such structure similarity, it can inhibit the polyadenylation of cancer cell mRNA, to thus show the anti-cancer function. Furthermore, cordycepin can indicate the antithrombotic effect by reducing Ca 2+ concentration and show anti-inflammatory action and multiple physiological activity effects by reducing the production of inflammatory substances. Furthermore, cordycepin has quick metabolism and small side effects because it has a half-life of around 1 minute and is rapidly decomposed by adenosine deaminase in vivo. Therefore, cordycepin is a highly valuable material, however, the gene participating in the biosynthetic pathway of cordycepin is still unknown, and the biosynthetic pathway of cordycepin is speculated to be similar to that of adenosine due to their structure similarity. There is a method to chemically synthesize cordycepin from adenosine and extract cordycepin from Cordyceps sinensis, however, it is insufficient to meet the demand for cordycepin. Therefore, Cordyceps militaris that contains high cordycepin content is of great value to the health food or pharmaceutical industry

To sum up, the main active ingredient of Cordyceps militaris is cordycepin, which was first extracted from Cordyceps militaris and then discovered to exist in Cordyceps sinensis. Cordycepin is a kind of nucleoside analog and is considered as a kind of nucleic acid antibiotic that is possible to inhibit cell carcinogenesis that results in the normalization of cancer cells. Cordycepin extract has many pharmacological effects, such as inhibiting the proliferation of human mesangial cells, anti-fibrosis, anti-angiogenesis, improving insulin resistance and insulin secretion, anti-inflammation and growth, and inhibiting leukemia cells, and might be one of the important candidate compounds in future drug development. Anyway, herbs have played an important role in modern medicine development and continued to be extensively used in their original form, however, the growing use of herbal products makes people pay more and more attention to their safety. Whether natural products are safer, more effective, and have fewer side effects in a way than drugs approved after formal clinical trials is still a question worth pondering. 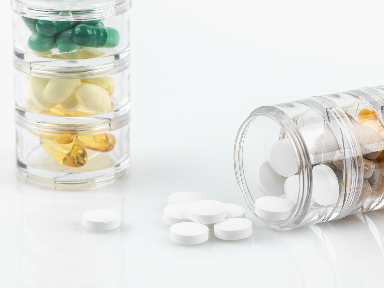 Medical C B D Oil Side Effects and Drug Interactions