Previous clinical results for ViiV Healthcare’s vaunted two-drug HIV regimens have yet to pose a big threat to chief rival Gilead Sciences. But the GlaxoSmithKline joint venture aims to change that with two new sets of data.

In previously untreated patients, ViiV’s Dovato continued to match up to a three-drug regimen that combines its own Tivicay with Gilead’s Truvada after 96 weeks, according to data presented at the International AIDS Society Conference on HIV Science in Mexico City.

"Many [healthcare] providers have told us that they were impressed by the week 48 data, but they really wanted to see the durability of the two-drug regimen before they could feel fully confident in the regimen—and now, this is exactly what we’re delivering," Kimberly Smith, M.D., head of global research and medical strategy at ViiV, said in an interview ahead of the presentation.

Specifically, a pooled analysis of the Gemini 1 and 2 studies found that, after 96 weeks, 86% of patients on Dovato had undetectable viral loads by standard tests—meaning the virus is successfully suppressed—compared with 90% in the three-drug arm.

Previously, at one year, the levels were 91% and 93%, respectively. Those data showed Dovato—which contains Tivicay (dolutegravir) and Epivir (lamivudine)—continued to offer non-inferior efficacy to the three drugs, ViiV said.

Across the studies, the number of Dovato patients who failed on the treatment increased to 11 (1.5%) from six at week 48, while the three-drug regimen's stat grew to seven (1%) from the previous four.

No one in either group developed treatment-emergent resistance, though, Smith pointed out. The response pattern in those patients—and that lack of resistance—suggest the drug itself didn't cause the virologic failure, she said. Patients failing to take their meds as directed was likely to blame, she said.

Industry watchers, citing physicians’ opinions, have repeatedly questioned whether clinical trials reflect real-world use of their meds. They argue Dovato wouldn't perform as well outside trials because of the risk of viral resistance in noncompliant patients.

Smith disagrees. Patients in the Gemini studies are very similar to the patients physicians are seeing in their clinics across the board, so trial data would better reflect real-world results now than in past trials.

"Nowadays, because there’re fewer naïve patients in the clinic, they can’t cherry pick patients; they basically pick all their naïve patients and enroll them in trials (when they’re available)," Smith said.

ViiV is trying to change the HIV treatment paradigm from the standard three-drug cocktail to two drugs. The idea is that patients would be exposed to fewer medications during their chronic management of HIV and avoid side effects along the way.

But so far, not many doctors or patients have bought the idea. Credit Suisse recently surveyed 30 U.S. doctors and found that Gilead’s three-drug regimen Biktarvy is the preferred therapy. The respondents "demonstrated concern over disease resistance in two-drug regimens," Credit Suisse analyst Evan Seigerman said in an investor note.

Now, with the Gemini two-year data, "you may see some shift in opinion," Smith said.

But ViiV has had 100-week data on its dual drug Juluca, which combines Tivicay and Johnson & Johnson’s rilpivirine, since last July. And despite that, Juluca racked up only £70 million ($87.5 million) in the first quarter, after more than a year on the market. How will Dovato's 96-week data make any difference?

In short, it's a different combo, Smith said. "We always thought of Juluca as being a much-limited opportunity," she said. It has more drug interactions, for example; rilpivirine can’t be taken with antacids. And Juluca is only allowed in patients who are already virally suppressed, while Dovato has a broader target population.

Gemini results aren't the only clinical data ViiV is counting on to increase confidence in Dovato and the two-drug idea. To show whether Dovato can maintain viral suppression as well as a three-drug regimen containing Gilead’s Vemlidy (TAF), ViiV conducted a study dubbed Tango. There, the two arms displayed what Smith called "overlapping" response rates: 93.2% of patients who switched to Dovato maintained undetectable viral loads at one year, versus 93.0% in the three-drug arm.

What’s more, before joining the study, seven patients had a viral mutation called M184V, which significantly reduces the virus’ susceptibility to 3TC—the active ingredient in Epivir—and FTC, an ingredient in three-drug combos from Gilead and ViiV both.

Some worried that Dovato, with only one nucleoside inhibitor, wouldn’t be able to subdue this type of mutated HIV. But in the Tango study, Dovato didn’t fail in the four patients with archived M184V, just as the TAF-based, three-drug combo succeeded in the other three patients, Smith told FiercePharma. "This is going to be very reassuring for providers," she said.

To show Dovato’s efficacy longer-term, ViiV is following the Tango and Gemini patients out to three years. And to gain more insight into individuals on different types of regimens switching to Dovato, it's planning a trial called Salsa, which will start enrollment in November.

ViiV is also collecting real-world evidence, Smith said. Because Dovato was just approved in April, it will take some time before results come in.

Next:Among recent megamergers, only AbbVie-Allergan looks like a winner 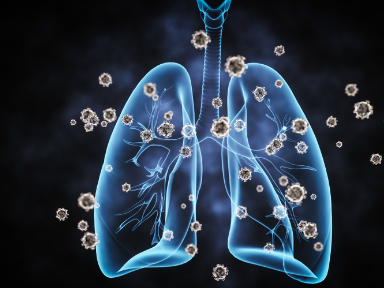 Merck, a leading science and technology company, today announced that the European Medicines Agency (EMA) has validated for review, the application for tepotinib for the treatment of adult patients with advanced non-small cell lung cancer (NSCLC) ...