Adoption of solar energy can be a game-changer for the pharma sector, however, only proper implementation will bring in the desired results.

The pharmaceutical sector in India is one of the largest producers of generic drugs in the world, however, it also happens to be a major contributor to pollution in and around areas where the facilities are located.

As Raj Prabhu, CEO, Mercom Capital Group informs, "Power costs and unreliable power supply are some of the biggest challenges for industries in India, for pharma. Also, the power consumed today by the industry is mostly from dirty polluting coal."

Many pharma companies have taken to adopting renewable forms of energy, especially solar to curb pollution and bring in more savings.

And, as the industry wakes up to the role of sustainability in business strategies as well, solar energy has emerged as a good alternative to thermal power resources.

In the pharma sector, all the processes are power intensive. So, it requires uninterrupted and extensive energy flow in the manufacturing units for the production process. Solar energy can provide both. It can be used in various applications such as blending, granulation, milling, coating, tablet pressing, filling, water heating etc. At the same time, it is a power resource which is more cost-efficient and resource-efficient in the long run. Also, installing solar panels has led to the conservation of electricity bills and hence some relief to the balance sheet.

Moreover, it also helps to become a more environment-conscious organisation. For instance, Lincoln Pharmaceuticals has set up a new solar plant of 1 MW at the factory’s rooftop in Khatraj, Gujarat with a capacity of producing 15 Lakh Power Unit Per annum, in addition to two windmills.

Mahendra Patel, MD, Lincoln Pharmaceuticals informs, "We have installed two windmills (2.1 MW and 600 KVA) in different locations and also installed a rooftop solar plant of 1 MW. This way we are producing renewable energy for our consumption by nearly 65 per cent, resulting in significant savings in the electricity cost. It has also helped the company to become a self-sustainable and environment-friendly organisation."

Explaining the benefits of solar power in more detail, Manu Karan, Vice President, CleanMax, a solar energy solutions provider, informs that it supplies 34.5 million units of solar electricity annually to leading pharma companies across different locations in India through open access to solar farms and rooftop solar projects. This has led to abating of around 33,120 tonnes CO2 per annum, equivalent to planting 4,96,816 trees or taking 6,379 vehicles off the road.

Prabhu explains that with falling costs of solar projects, the price of purchasing solar has also come down resulting in operational cost savings for these companies. For large corporates and publicly traded companies, buying solar through a group captive model has a benefit of saving on energy cost – bigger the energy consumption, bigger the savings. The other benefit is using the going green term in their corporate branding and publicity, according to Prabhu.

Large consumers with a connected load greater than 1 MW can opt for open access which is becoming popular in across sectors including the pharma industry.

Prabhu explains, "Captive solar projects make sense as most projects or manufacturing units have poor quality or small roofs, which may only allow them to meet 10-15 per cent of their energy consumption whereas renewable purchase obligations (RPO) for these companies are much higher and many have also signed up for RE100 initiative."

What hinders its adoption?

The installation costs used to quite high at one point of time but now isn’t so prohibitory. So, what prevents more large scale adoption of solar energy?

Prabhu says, "Most of the large corporates are either unaware of the available options of going solar or are reluctant to go through the regulatory process."

Karan also feels, "The pharma industry operates under intense regulations and norms which regulate the building, infrastructure, insulations, sterility and temperature-controlled environment. This often plays a barrier to rooftop installations in the pharma industry as it might violate the structural integrity of the manufacturing facility."

According to Prabhu, Mercom has been consulting with a lot of such corporates and helping them partner with the top solar developers in the country, facilitating their smooth transition into a green company and reducing the carbon footprint.

Karan informs, "CleanMax sets up up solar power plants at off-site locations, from where the generated power is wheeled into the pharma companies’ facility using the DISCOM grid infrastructure."

However, there is a need to build consumer awareness about the technology, raise understanding about its economics and its right usage. The pharma sector can garner a lot of benefits provided they understand its utility. Lastly, government subsidies can help pharma companies adopt this green energy and reduce pollution to a significant extent.

Previous:Pharma among top domains of non-tech patents filed by India-domiciled cos in US in 2018-19: Nasscom Report

Yiling Pharmaceutical Co., Ltd. announced on Friday that it had received the approvals of the Abbreviated New Drug Applications (ANDA) about Lisinopril Tablets and Acyclovir Capsules, from United States Food and Drug Administration ... 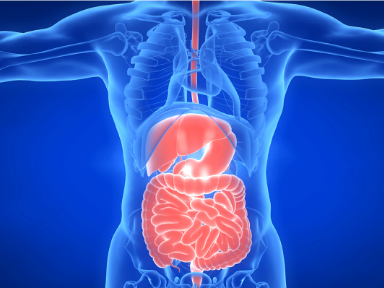 Akcea Therapeutics UK's Waylivra (volanesorsen), the first and only therapy for Familial Chylomicronaemia Syndrome (FCS), will be funded on the NHS after all, following a u-turn by the National Institute for Health and Care Excellence (NICE).