With the third week of July coming to a close, let’s review the hot events of the pharmaceutical industry this week. The news involved 5 sections: approval, R&D, policies, transactions, and miscellany that happened during July 13-17, including 30 pieces.

2. HEC’s Class 4 generic drug: “Linagliptin Tablets” was approved by the NMPA for marketing on July 13, which is the first generic of its variety in China. As a DPP-4 inhibitor, linagliptin is used to improve the blood sugar control of patients with type 2 diabetes. Developed by Boehringer Ingelheim, the original drug was approved by the FDA in May 2011 and entered China in Mar. 2013, with the median bid-winning price in China being RMB8.96/tablet.

3. Nanjing Hencer Pharmaceutical’s Class 4 generic drug: “Sevelamer Carbonate Tablets” was approved by the NMPA for marketing on July 13, which is the first generic of its variety in China. Sevelamer Carbonate Tablets are used to control hyperphosphatemia in adult patients with chronic kidney disease (CKD) who are receiving dialysis treatment. Developed by Sanofi, the original drug was approved to enter China in June 2013 and has been included in the NRDL (National Reimbursement Drug List of China), with a median bid-winning price of RMB8.10/tablet.

4. Fosun Pharma’s Class 1 new drug: FCN-338 tablets received a clinical trial implied permission on July 13, which is planned to treat hematopoietic malignancies. FCN-338 is a selective small-molecule inhibitor of BCL-2 that plays an important role in cell apoptosis and is overexpressed in some cancer types and associated with the formation of drug resistance, being a new target in blood cancer treatment.

5. CSPC Ouyi’s marketing application for “Celecoxib Capsules”, a Class 4 generic drug, was approved by the NMPA on July 13, which was deemed as passing the consistency evaluation. Celecoxib is a COX-2 inhibitor co-developed by Pfizer and Astellas to treat osteoarthritis, rheumatoid arthritis, ankylosing spondylitis, and acute pain in adults, etc. The drug was first approved by the FDA in 1999 and entered China in 2012, with a trade name: Celebrex.

6. Nanjing Chiatai Tianqing’s marketing application for Class 4 generic drug: “Iopamidol Injection” was approved by the NMPA on July 13, which was deemed as passing the consistency evaluation. Developed by Italian Bracco, iopamidol is an X-ray non-ionic iodinated contrast agent, with similar varieties including iohexol, iodixanol, iopromide, and iomeprol, etc.

7. Nanjing Sanhome Pharmaceutical’s Class 4 generic drug: “Vildagliptin Tablets” was approved for marketing on July 13, making it the fourth Chinese enterprise that will produce the drug. And the variety has also appeared in the local quantity quotation list in the third-batch centralized procurement of pharmaceutical products in China.

8. Humanwell Healthcare’s Class 1 new drug: “Remimazolam Besylate for Injection” entered the “Under approval” stage on July 14. The drug will be used for sedation during treatment or diagnosis operation and is expected to be approved soon. The product is a same-class product in competition with Hengrui’s remimazolam tosylate that was approved in Dec. 2019.

10. Suzhou Homesun Pharmaceutical’s Class 4 generic drug: “Salbutamol Sulfate Solution for Inhalation” was approved by the NMPA for marketing on July 14 and deemed as passing the consistency evaluation. Salbutamol sulfate is a selective beta-2 receptor agonist and clinically indicated for acute asthmatic attacks, chronic obstructive pulmonary disease, and bronchial spasm. GSK, the enterprise of the original drug, achieved sales of USD1.178 billion in 2019.

11. Fosun Pharma announced on July 14 that the new indications of Hanlikang were approved by the NMPA on July 14, which are the maintenance treatment for patients with previously untreated follicular lymphoma who achieved partial or complete remission after receiving rituximab and chemotherapy combination and treatment for patients with previously untreated or relapsed/refractory chronic lymphocytic leukemia in combination with fludarabine and cyclophosphamide.

12. Hengrui announced on July 15 that its SHR-1703 injection was approved for a clinical trial to treat diseases associated with eosinophil elevation (such as severe eosinophilic asthma). SHR-1703 can bind to IL-5 to inhibit the IL-5/IL-5R signaling pathway to thereby inhibit eosinophil proliferation and activation, reduce asthmatic attacks in patients with eosinophilic asthma, and improve patients’ lung function and quality of life.

13. Zhejiang Conba announced on July 15 that it was the first enterprise in passing the consistency evaluation of “Pantoprazole Sodium Enteric-Coated Tablets” (40mg) in China. As a variety in the NRDL Category B List, Pantoprazole Sodium Enteric-Coated Tablets are indicated for duodenal ulcer, gastric ulcer, and moderate to severe reflux esophagitis and can eradicate Helicobacter pylori infection in combination with clarithromycin and amoxicillin (or clarithromycin and metronidazole).

15. FDA’s Advisory Committee voted 12-0 on July 14 that the benefit-risk profile of belantamab mafodotin, an antibody-drug conjugate of GSK, supported the drug as a last-line treatment of multiple myeloma (MM) and its marketing approval. The drug will become the first B-cell maturation antigen (BCMA)-targeting drug approved for marketing.

16. Ascentage Pharma announced on July 15 that the FDA granted Orphan Drug Designation to its BCL-2 inhibitor: APG-2575 to treat Waldenström macroglobulinemia (WM). WM is a type of lymphocytic lymphoma characterized by the bone marrow infiltration of lymphoplasmacytic cells with elevated monoclonal immunoglobulin M (IgM). WM is a rare disease that occurs in less than 2% of all non-Hodgkin’s lymphoma (NHL) patients in the U.S.

17. MSD announced on July 16 that the FDA accepted the new drug marketing application of its vericiguat to reduce the risk of cardiovascular death and heart failure hospitalization following a worsening heart failure event in patients with symptomatic chronic heart failure with reduced ejection fraction (HFrEF), in combination with other heart failure therapies, with the scheduled PDUFA review deadline being Jan. 20, 2021. Vericiguat is an orally administered soluble guanylate cyclase (sGC) modulator. 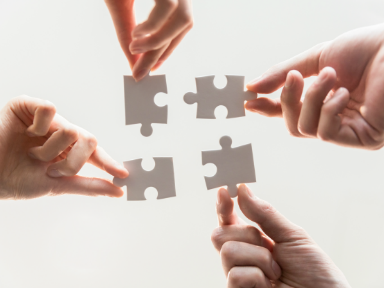