World Ovarian Cancer Day was established on May 8th in 2013 by a group of leading ovarian cancer advocates to provide a platform for stakeholders to raise their voices in solidarity in the fight against ovarian cancer. While the Coalition works on many fronts, World Ovarian Cancer Day represents its flagship awareness-raising initiative and is supported by its over 170 partner organizations from around the world.  BioVaxys joins other corporate partners including GSK, AstraZeneca, Novocure, Merck, Clovis Oncology, IMV, Teckro, Immunogen, and AOA. As well as individuals, organizations across the world ranging from small volunteer run groups to established national organizations are all getting behind this leading-edge initiative. Believing the ovarian cancer community is more powerful together, the Coalition welcomes all interested parties and stakeholders to unite to raise local and global awareness about the disease.

James Passin, Chief Executive Officer of BioVaxys, stated, "It is an honor to partner with the World Ovarian Cancer Coalition and to support its important global patient advocacy work. As we approach World Ovarian Cancer Day, BioVaxys commits to advancing BVX-0918A through clinical and commercial development."

BioVaxys recently announced that it is collaborating on its ovarian cancer vaccine, BVX-0918A, with Spanish biopharma company ProCare Health Iberia S.A.S., which plans to submit a Clinical Trial Application ("CTA") for BVX-0918A to the European Medicines Agency ("EMEA") later this year for approval-for-use in Stage III & Stage IV ovarian cancer.  ProCare Health will have marketing rights to BVX-0918A in the EU and UK, whereas BioVaxys will market its ovarian cancer vaccine in North America and the rest of the world.

Globally, there remain significant unmet therapeutic needs for ovarian cancer treatment. Worldwide, over 300,000 women are diagnosed with ovarian cancer each year (World Cancer Research Fund, 2020), with ovarian cancer the leading cause of death from gynecologic malignancy in the United States (American Cancer Society Facts & Figures 2020). An estimated 21,750 new cases of ovarian cancer were expected in the US in 2020 with 13,940 deaths (National Cancer Institute, Surveillance and Epidemiology Program, 2020). Ovarian cancer is usually asymptomatic in the early stages (Stage I and Stage II), and therefore about 80% of patients are diagnosed with advanced stage disease (stages III and IV). The 5-year survival rate for stage III and IV patients is approximately 29%.1  The majority of women with Stage III or Stage IV cancer will ultimately have recurrent disease resistant to chemotherapy. Patients who have relapsed after platinum-based chemotherapy have limited life expectancy even with multiple salvage regimens. This large group of non-responders to, or those who relapse after, first line therapy are the initial target market for BioVaxys.The global ovarian cancer drugs market was valued at US$1.2B in 2017 and is expected to reach US$4.6B by 2026, at a CAGR of 18.29 % (www.medgadget.com/2020/11/ovarian-cancer-drugs-2020-global-market-to-reach-us-4-6-bn-and-growing-at-cagr-of-18-29-by-2026.html).

Based in Vancouver, BioVaxys Technology Corp. is a British Columbia-registered, early stage biotechnology company that is developing viral and oncology vaccine platforms, as well as immuno-diagnostics.  The company is advancing a SARS-CoV-2 vaccine based on its haptenized viral protein technology, and is planning a clinical trial of its haptenized autologous cell vaccine used in combination with anti-PD1 and anti-PDL-1 checkpoint inhibitors that will initially be developed for ovarian cancer. Also in development is a diagnostic for evaluating the presence or absence of a T cell immune response to SARS-CoV-2, the virus that causes COVID-19. BioVaxys has two issued US patents and two patent applications related to its cancer vaccine, and pending patent applications for its SARS-CoV-2 (Covid-19) vaccine and diagnostic technologies. BioVaxys common shares are listed on the CSE under the stock symbol "BIOV" and trades on the Frankfurt Bourse (FRA: 5LB) and US OTC: LMNGF.

In a study published , scientists at deCODE Genetics demonstrate for the first time how long-read DNA sequencing can be applied at population scale to unravel large structural variants that associate with human disease and other traits. 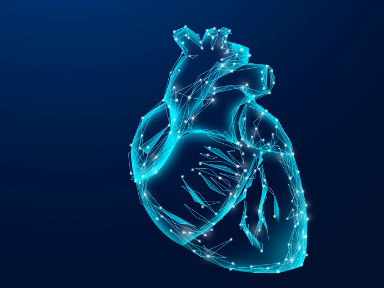 DiA Imaging Analysis Ltd., a leading provider of AI-powered ultrasound analysis solutions today announced that it has partnered with SonoScape Medical Corporation, a leading developer and manufacturer of ultrasound systems.