You are here: Industry Insights > Industry Data > Changing landscape of pharma market in Central Asia & Russia
Get alerted on the PharmaSources E-Newsletter and Pharma Sources Insight E-Compilation!
Note: You can unsubscribe from the alerts at any time.
Advertising

Russia and parts of Central Asia have made the most significant regulatory changes in their history in 2021. They have almost completed the steps needed to form a unified market like the EU. These changes would have a widespread effect on the way pharma business is done in the region.

When the Soviet Union broke down in the 1990s, ex-soviet republics formed the Commonwealth of Independent States (CIS). However, CIS never gained any practical relevance due to huge differences between various states. Thus, it never achieved its initial objectives of staying more or less integrated, despite the fallout of the union.

Nonetheless, some ex-soviet states felt a greater need for integration. In 2020, Russia, Belarus, and Kazakhstan formed the Eurasian Customs Union. Later, it was superseded by Eurasian Economic Union (EAEU). EAEU is slowly emerging as a homogeneous economic block, quite like the EU. Its member states are Russia, Kazakhstan, Belarus, Armenia, and Kyrgyzstan. It may also expand in the near future.

Five nations are generally accepted to be in Central Asia that are Kazakhstan, Uzbekistan, Kyrgyzstan, Tajikistan, and Turkmenistan. Among these countries, Turkmenistan is practically closed for business. Tajikistan is often viewed as a high-risk country due to its proximity to Afghanistan. Thus, for most businesses, Kazakhstan, Uzbekistan, and Kyrgyzstan are countries of interest. Among these nations, Uzbekistan is not part of the EAEU but appears to be moving towards it.

The market size of the Central Asia & Russia pharma market

In recent years EAEU and Central Asian republics have been aggressively promoting local production of pharmaceutical goods. It means that Russia and Central Asian countries are dominated by products made in the zone (EAEU). However, their dominance is in volume, not value. Still, more than 70% of the products by value are imported.

Russia is the most attractive market in the region with estimated market size of 21.5 billion USD, Kazakhstan 1.5, Uzbekistan 1.3, and Kyrgyzstan 0.2 billion USD (market size in 2020). Thus, Russia, along with Kazakhstan and Uzbekistan, are markets of particular interest.

When it comes to the sales contribution by therapeutic class, EAEU follows the global trend. Thus, market is dominated by (value/volume) antineoplastic and immunomodulating agents (16%/1.68%), followed by alimentary tract and metabolism (15%/15%), anti-infectives (14%/11.5%), cardiovascular (10%/12.5%). The nervous system and respiratory drugs are other major segments.

Here it is worth noticing that antineoplastic is the premium segment. Alimentary and metabolism is another growing segment, primarily due to the rise in diabetes in the region. The anti-infective segment can be divided into injectables (hospital) and solid drugs (ambulatory). EAEU local manufacturers dominate in injectables, whereas imports dominate in solid anti-infectives.

In recent years, segments like cardiovascular (10%/12%) and especially respiratory (8%/13%) have lost their charm. Cardiovascular is generally dominated by low-value products produced locally, or innovator brands, thus leaving little scope for other players. Respiratory is a competitive, low-price segment dominated by generics.

In recent years, smaller segments like blood and blood-forming organs (8%/7%) and the musculoskeletal system (6%/6%) have witnessed exciting trends. Though these segments might be smaller, they remain attractive. New blood-thinning agents (rivaroxaban, apixaban) and certain painkillers (etoricoxib) have shown robust growth in the last few years.

The genitourinary system and sex hormones (4.5%/1.7%) is another segment to look for. It may be small but remains a premium segment, second only to oncology.

Dermatology (4%/10%) is the least attractive segment since topicals are easier to produce and local manufacturers dominate the segment. Moreover, this segment has not witnessed much innovation in the last few years.

Finally, it is worth noticing that though Russia and other major Central Asian states are part of EAEU and follow a similar trend, but not Uzbekistan.

Uzbekistan stands out in the way that it has a considerable and growing population and low per capita income. It is still a semi-regulated market dominated by low-priced generics. It means that the country offers a window of unique opportunities to small-cap companies.

In the last few years, the market has changed in many ways, and it seems that covid-19 has also played some part in these changes. However, most trends will continue even in the post-covid era. These changes are much more significant, like regulatory changes, buying habits, impact of technology, price control, etc.

Russia and Central Asia are changing, but slowly. In most of these countries, face-to-face meetings or detailing remain the primary way of product promotion. It perhaps still plays a role in more than 90% of all sales. However, things are slowly changing with the increased importance of the internet, tele-detailing.

One thing especially worth watching is the legalization of online pharmacies. Russia legalized them in 2020, and other EAEU members and Central Asian states may follow it soon. It will have a considerable impact on how products are sold, supply chain, and product promotion methods.

In EAEU and Central Asia, people still get most medications during hospital stays free of cost that are procured via various tenders (though funds allocated via the national healthcare budget). However, in ambulatory treatment, most drugs are bought out of pocket, and drugs procured via tender are only provided to people living with socially relevant diseases like tuberculosis, severe diabetes, and so on.

Further, in the near future, things are expected to change. Most countries are finding the costs of various tenders funded from national budgets as unbearable. Thus, there have been many unsuccessful attempts towards obligatory medical insurance.

Price control of essential drugs is another emerging trend. Slowly but gradually, most EAEU and Central Asian nations are becoming strict when it comes to pricing. At present, many essential drugs come under price control in EAEU. Things are even more complicated in Uzbekistan, where along with price control, there is a law stating that the price difference between the import price and its retail price should not exceed 20%.

When it comes to taxes, things are also changing fast. After the breakdown of the Soviet Union, there were severe drug deficiencies, and all countries decided to provide customs duties and VAT waivers for the pharma industry. However, most countries now have customs duties on imported pharma products, though they remain much lower than FMCG goods. Additionally, Russia also has implemented VAT on imported pharma goods. It is quite possible that other EAEU and Central Asian countries may follow this path in the near future.

New regulatory challenge and its impact on pharma business

Last but not least, the biggest game-changer for the pharma industry will beregulatory changes in EAEU and other Central Asian states implemented from the 1st of July, 2021.

It would be right to describe it as the single most important event since the breakdown of the Soviet Union. EAEU countries, Russia, Kazakhstan, Kyrgyzstan, Belarus, and Armenia, have moved closer to being a single market, quite like the EU. It will positively impact multinationals, but its impact on smaller players is more difficult to predict.

However, EAEU product approval regulations also mention a need for local bioequivalence (BE) or clinical studies. It would not pose any challenge to multinationals. However, it may pose a considerable challenge to mid-cap or small-cap manufacturers who have been doing significant business in these nations. It will increase marketing access costs considerably for mid and small pharma manufacturers.

It is also worth noticing that at present, Uzbekistan is not part of EAEU. Thus, it has its local product marketing approval guidelines. It means that it may see increased investment by mid and small pharma companies in the coming few years. On the other hand, its low per capita income means that it remains of lesser interest for pharma multinationals.

To conclude, it would be right to say Russia and Central Asia have considerably changed in the last few years, transitioning from semi-regulated to regulated markets, except Uzbekistan. It will have multiple implications for various stakeholders of the industry. 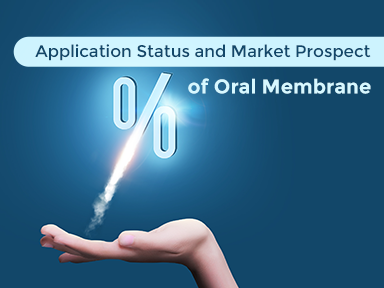 With the development and successful listing of several new oral membranes, this product has attracted wide attention at home and abroad since 2000.