You are here: Industry Insights > Industry Data > Global Diabetes Market Outlook
Get alerted on the PharmaSources E-Newsletter and Pharma Sources Insight E-Compilation!
Note: You can unsubscribe from the alerts at any time.
Advertising

Diabetes is a well-known metabolic disorder, and the number of people living with it continues to rise. Although it is a segment of opportunity for pharmaceutical manufacturers, understanding it is complex. High-income nations like the US are the biggest market for diabetes, with a whopping market share of close to 40% in value. Nevertheless, 3 out of 4 people living with diabetes are in the low- and middle-income nations.

The diabetes market can be divided into insulin and non-insulin therapy. Traditionally, Eli Lilly, Novo Nordisk, and Sanofi have dominated the insulin market, leaving little space for others. However, things are changing fast with the emergence of biosimilars.

In the non-insulin therapy group, the market is dominated by oral hypoglycemic agents. This segment is highly crowded and competitive. But it also presents lots of opportunities as many high-volume drugs are going off-patent. Growth in this segment is further fueled by changing treatment guidelines and focusing on preventing comorbidities like heart diseases or chronic kidney disease.

According to the International diabetes federation, about 537 million people are living with diabetes globally in 2021. These numbers are further expected to rise above 600 million by 2025. However, these figures must be interpreted carefully by the industry. It is because about half of all living with diabetes remain undiagnosed. Thus, generally, people seeking diabetes treatment are much lower.

The estimated global market for diabetes drugs in 2021 is above USD 50 billion, and it is estimated to be valued at USD 78 billion by 2026. However, such global figures might be difficult to interpret due to immense differences between the nations. The bulk of these sales come from high-income countries, with the US alone having nearly 40% of its share.

The market size in low- and middle-income economies differ significantly. In high-income nations, diabetes injectables contribute considerably to the market. Thus, in high-income countries, insulin and GLP-1 agonists (e.g., exenatide, liraglutide) form the bulk of the market (above 50%). It is also because these are high-value molecules.

On the contrary, injectables have a less prominent share in low- and middle-income countries of below 30%. Thus, middle and low economic countries have significant opportunities for oral drugs. Further, greater sales of generics characterize these markets. Therefore, the total diabetes market of India is just a little above USD 2 billion, a little below USD 2 billion for Russia and China is at around USD 4 billion in 2021.

Diabetes has been a growth driver of the pharmaceutical industry since the 1990s. However, early growth in the segment was primarily due to an increase in disease prevalence. Thus, insulin, metformin, and sulfonylureas largely dominated the market.

Further, what is even more interesting is that many of these drugs are already off-patent or losing their patent protection soon. Thus, there is significant scope for manufacturers of generics and companies in low- and middle-income nations. Therefore, although the expiry of the patents may threaten major global drug producers, it offers an opportunity for mid-cap companies.

Even more important is to look out for the changes in the treatment guidelines. These guidelines would change considerably in the near future as new data regarding the benefits of the new class of drugs emerge.

For a long, monotherapy with metformin has remained the first-line treatment for diabetes. However, new studies show that initiation of therapy with combination drugs may have distinct long-term benefits. Like VERIFY trial showing better outcomes by starting early treatment with metformin combined with dipeptidyl peptidase 4 (DPP-4) inhibitor vildagliptin.

Another important trend to look out for is the outcomes of cardiovascular trials. Studies show that SGLT2 inhibitors (empagliflozin, canagliflozin, dapagliflozin) are especially good for preventing and managing cardiovascular complications of diabetes.

Similarly, outcomes of cardiovascular trials have boosted the sales of GLP-1 receptor agonists (liraglutide, semaglutide, dulaglutide). In fact, these drugs have continually shown a high CAGR (above 20%) in the last few years. Their success has contributed significantly to the dominance of injectables in high-income countries. However, this trend might be replicated in low- and middle-income nations, as these drugs go off-patent from 2025 onwards.

When it comes to insulin, things are more complex. Most of the insulin globally is produced by just three companies: Novo Nordisk, Eli Lilly, and Sanofi. However, things are changing with the emergence of biosimilars.

This shift in trend towards biosimilars is visible in many markets. For example, the market share of these three giants is below 20% in the Philippines and Mexico, less than half in Russia and Malaysia. Their share is similarly expected to fall in China and India.

As the market share of biosimilars grows, they will gain better acceptability globally. Further, changes in regulatory norms may also favor the growth of biosimilars. Thus, it would be correct to say that these are exciting times for biosimilars manufacturers.

Due to the patent expiry of numerous oral hypoglycemic agents, the CAGR of the diabetes market may slow down in high-income economies. However, on the contrary, it may fuel further growth in low- and middle-income nations.

Further, growth will be fueled by changes in diabetes treatment guidelines in the coming years. For example, it appears that monotherapy with metformin in the initial stages of type 2 diabetes will lose its crown in favor of combination drug therapies. Additionally, early initiation of second and third-line drug therapy based on outcomes of cardiovascular trials may fuel the market growth.

Finally, it is worth noticing that focus may shift to preventing diabetes. As a result, pre-diabetes may get increased attention. Although there are no drugs to manage this condition, as it is managed through lifestyle interventions, things may change. Moreover, this particular segment offers an opportunity for producers of health supplements.

Previous:Ascensia Diabetes Care Announce Winner of This is Diabetes Art and Photo Competition 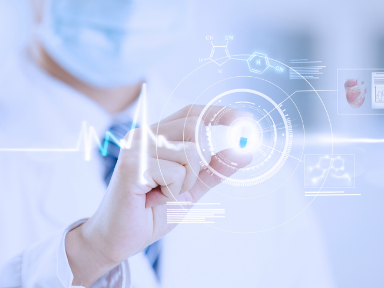 In-situ gel is a kind of liquid preparation, which will immediately transform to non-chemically crosslinked semisolid gel in the application site after administration. As a new formulation, in-situ gel has become one of...