You are here: Industry Insights > Industry Data > Weekly Pharma News Review | PharmaSources.com (0926-0930)
Get alerted on the PharmaSources E-Newsletter and Pharma Sources Insight E-Compilation!
Note: You can unsubscribe from the alerts at any time.
Advertising

This week, in terms of drug review and approval, three pieces of news are particularly worthy of attention: Humanwell Healthcare's first generic drug of oxycodone hydrochloride sustained release tablets were approved for marketing; Zelgen Biopharmaceuticals' Jaktinib, the first JAK inhibitor made in China, was declared for marketing; and LEGN.US' Cilta-cel, a BCMA CAR-T cell therapy, was approved in Japan. In terms of R&D, Eisai and Biogen announced positive results from the Phase III trial of Lecanemab to treat Alzheimer's disease (AD); There is also some news worthy of attention in terms of business and policy.

2. On September 29, the NMPA official website revealed that the new indication of Lepu Biopharma's Pucotenlimab monoclonal antibody injection had been conditionally approved for marketing, intended for the treatment of patients with unresectable or metastatic melanoma who had failed systemic treatment in the past. Pucotenlimab is a humanized IgG4 monoclonal antibody against PD-1.

3. On September 27, the CDE official website revealed that the marketing application for the new indication of Pfizer's Crisaborole Ointment had been processed, presumably intended for atopic dermatitis in adults and children aged 3 months and above. Developed by Anacor, Crisaborole is a small-molecule, non-hormonal, non-steroidal anti-inflammatory external PDE-4 inhibitor. In May 2016, Pfizer acquired Anacor for $5.2 billion.

4. On September 28, the CDE official website revealed that the new drug application for Zelgen Biopharmaceuticals' Jaktinib hydrochloride tablets, a first-in-class, had been submitted. The drug is intended for the treatment of middle and high-risk myelofibrosis, including primary myelofibrosis (PMF), post-polycythemia vera myelofibrosis (post-PV-MF), and post-essential thrombocythemia myelofibrosis (Post-ET-MF).

5. On September 29, the CDE official website revealed that Bonviva's marketing application had been processed. Bonviva is an FPPS inhibitor, approved for two clinical trials in China, intended for the prevention of bone-related events in patients with bone metastasis of breast cancer (including pathological fractures and bone complications requiring radiotherapy or surgery), and the treatment of osteoporosis in postmenopausal women with a higher risk of fracture.

6. On September 26, the CDE website revealed that Mezigdomide developed by Celgene, a subsidiary of Bristol-Myers Squibb, had been approved for clinical trials in China; and its indication was relapsed/refractory multiple myeloma (RRMM). Developed by Celgene, Mezigdomide is a new E3 ubiquitin ligase cereblon (CRBN) modulator, with the effects of immuno-regulation, anti-proliferation, and pro-apoptosis.

7. On September 26, the CDE official website revealed that Everest Medicines' EVER001 capsule (XNW1011) had been approved in China for clinical trials to treat glomerular diseases. EVER001 capsule is a new-generation reversible covalent BTK inhibitor, currently being developed worldwide for the treatment of kidney diseases. Everest Medicines obtained the exclusive license agreement for the drug in September 2021.

8. On September 29, the CDE website revealed that Zai Lab's BLU-701 tablets had been approved for clinical trials for the first time, intended for the treatment of locally advanced or metastatic EGFR-mutated NSCLC including acquired drug resistance mutation mediated by C797X. BLU-701 is a highly selective and potent oral EGFR tyrosine kinase inhibitor developed by Blueprint.

9. On September 29, the CDE official website revealed that the clinical trial application of Elpiscience's ES014 had been processed for the treatment of advanced solid tumors. ES014 is the world's first bispecific antibody drug targeting CD39 and TGF-β, acting simultaneously on ATP-adenosine and TGF-β pathways, which are two main immunosuppressive mechanisms in the tumor immune microenvironment.

10. On September 26, the CDE official website revealed that the marketing application of methylphenidate hydrochloride oral sustained release dry suspension jointly developed by Pediatrix Therapeutics and TrisPharma had been included in the priority review. Its indication was attention deficit hyperactivity disorder (ADHD). Methylphenidate hydrochloride oral sustained release dry suspension is an improved new drug developed by Tris, approved for marketing in the U.S. in September 2012.

11. On September 26, Shentian Pharmaceutical and UBE jointly announced that the FDA had approved the marketing of 0.002% Omlonti eye drops, intended to reduce intraocular pressure in patients with primary open-angle glaucoma or ocular hypertension. Omlonti is the world's first selective EP2 agonist, capable of simultaneously increasing the outflow of aqueous humor from trabecular meshwork and uveosclera to reduce intraocular pressure.

12. On September 27, Harrow and Sintetica jointly announced that the FDA had approved the 3% chloroprocaine hydrochloride ophthalmic gel (IHEEZO) for ocular surface anesthesia. It becomes the first ocular anesthetic approved for marketing by the FDA in recent 14 years. IHEEZO is a sterile, preservative-free gel eye drop without dosing required.

13. On September 28, Sanofi and Regeneron jointly announced that the FDA had approved the marketing of a new indication of Dupilumab monoclonal antibody to treat prurigo nodularis in adults. The drug is currently the world's first and the only one specifically used for the disease. Dupilumab is a first-in-class anti-IL-4R α (IL-4RA) monoclonal antibody jointly developed by Regeneron and Sanofi.

14. On September 27, Ayala announced that AL102 had been granted FTD by FDA for the treatment of progressive desmoid tumor. Developed by BMS, AL102 is an oral selective γ-secretase inhibitor. In December 2017, Ayala reached a license agreement with BMS, where it obtained the global development and commercialization rights of the product. Currently, there has been no therapy approved for the treatment of unresectable, relapsed, or progressive desmoid tumors.

15. On September 26, Daiichi Sankyo announced that the Japanese Ministry of Health, Labour and Welfare had approved the marketing application of Valemetostat (EZHARMIA), intended for the treatment of adult patients with relapsed or refractory T-cell leukemia/lymphoma (ATL). Valemetostat is a first-in-class dual inhibitor targeting EZH1 and EZH2.

16. On September 27, LEGN.US announced that the Japanese Ministry of Health, Labour and Welfare had approved Cilta-cel, the BCMACAR-T cell therapy for the treatment of adult patients with relapsed/refractory multiple myeloma (R/RMM), subject to only two conditions: (1) The patient shall have no history of chimeric antigen receptor (CAR) positive T cell infusion targeting B cell maturation antigen (BCMA). (2) The patient shall have received at least three-line treatment, including proteasome inhibitors (PI), immunomodulatory drugs (IMID), and anti-CD38 monoclonal antibody drugs, and has not responded to the last treatment or has relapsed.

17. On September 29, the drug clinical trial registration and information publicity platform of CDE revealed that BioNova Pharmaceuticals's BN301 started Phase I/II clinical trials for the first time, to evaluate its safety and efficacy as an anti-CD74 antibody-drug conjugate in patients with advanced B-cell non-Hodgkin's lymphoma. BN301 is the first CD74 ADC drug made in China.

19. On September 26, Bioheng announced that the results of Phase I clinical research on RD13-01 in the treatment of T-series hematologic tumors had been published in Cell Research. According to the public data, RD13-01 manifested good safety and effectiveness in CD47-positive T-cell malignant tumors, with objective responses from about 82% of patients. RD13-01 is a CAR-T product targeting CD7.

20. On September 28, Eisai and Biogen jointly announced the positive key achievement in the phase III Clarity AD clinical research of Lecanemab, an anti-amyloid β (A β) antibody, intended for the treatment of mild cognitive impairment (MCI) caused by Alzheimer's disease (AD); the research had reached its primary endpoint and all key secondary endpoints with highly statistically significant results.

21. On September 26, Hansoh Pharmaceutical Group and KiOmed announced that they had reached the exclusive right to develop, register, and commercialize KiOmedinevsOne, an innovative product under research by KiOmed, intended for osteoarthritis-related indications in Mainland China, Macau, S.A.R., China and Taiwan, China. The drug is the world's first exclusive non-animal chitosan, a new-generation single injection intended for the treatment of knee osteoarthritis.

22. On September 27, Zai Lab and Seagen announced that they had reached an exclusive cooperation and license agreement for the development and commercialization of Tisotumab Vedotin-tftv in the Mainland China, Hong Kong, S.A.R., China, Macau, S.A.R., China, and Taiwan, China. TIVDAK is the first and only ADC approved in the U.S. for the treatment of adult patients with recurrent or metastatic cervical cancer with disease progression on or after chemotherapy.

23. On September 28, MSD and Sinopharm jointly announced that they had signed a cooperation agreement, where MSD granted Sinopharm the distribution right and exclusive import right of Molnupiravir, and both parties would evaluate the feasibility of technology transfer for the drug to be produced, supplied and commercialized in China. Molnupiravir is an oral small-molecule therapeutic drug jointly developed by MSD and Ridgeback for the treatment of SARS-CoV-2.

24. On September 28, Scribe Therapeutics announced that it had reached strategic cooperation with Sanofi, where Sanofi will obtain the non-exclusive rights of Scribe's proprietary CRISPRbyDesign™ platform, to realize the genetic modification of new natural killer (NK) cell therapy with its CRISPR gene editing technology.

25. On September 29, Simcere Pharmaceutical and Almirall announced that they had reached a strategic cooperation, where Almirall will obtain the exclusive right to develop and commercialize all indications of SIM0278 outside Greater China. While Simcere Pharmaceutical will reserve all rights of SIM0278 in the region. SIM0278 is an IL-2 mutant fusion protein (IL-2mu-Fc).

26. On September 26, the CDE official website released the Technical Guiding Principles for Clinical Research and Development of New Drugs for Ovarian Cancer (Draft for Comment) to improve the efficiency of new drug R&D. The Guiding Principles includes the background of the drafting and the status quo of the diagnosis and treatment of ovarian cancer; the key issues requiring attention in the scheme design at the exploratory and confirmatory stages of the clinical development of new drugs; and the detailed explanation of technical considerations of the clinical R&D of new drugs for the treatment of ovarian cancer. 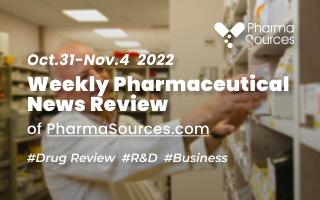