Hmm...
You are not signed in.
Sign in now and get the free pass to enjoy all the episodes and other fresh content.
Sign in now
I'm new here
×

Hmm...
You are not signed in.
Sign in now then access the timeline guide and the full transcript of this episode.
Sign in now
I'm new here
You are here:   Content Hub > Pharmavibe > Weekly Pharma News Review (0523-0529)
Discover your favourite episodes effortlessly

PharmaVibe, capture the dynamics of the pharmaceutical industry
Listen and sense the heartbeat of the industry through news stories, key conferences, and in-depth interviews encompassing an array of specialties, sectors, and areas
Subscribe Now
Access more contents on Content Hub >> 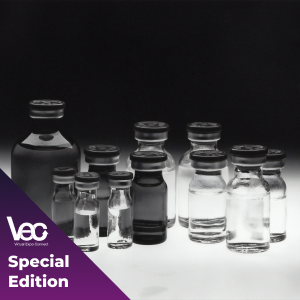 You can listen and/or download the episode on Podbean, or directly through iTunes, GooglePlay, Amazon Music and Samsung Podcasts. You can also subscribe our podcast by RSS feed, please copy the full URL below.

1. On May 23, CDE’s official website announced that the marketing application for TQ-B3139 capsule had been submitted by Nanjing Shunxin Pharmaceuticals of Chiatai Tianqing and was accepted. The Phase III clinical trial of TQ-B3139, a new generation of ALK inhibitor, was started in 2019 to evaluate its safety and efficacy in newly treated patients with ALK-positive advanced non-small cell lung cancer (NSCLC).

4. On May 24, the CDE official website announced that Class I biological new drug LY3209590 Injection delivered by Eli Lilly got an implied license for the clinical trial. It is proposed to be used for adult patients with type 2 diabetes mellitus who need insulin therapy. LY3209590 is a novel and once-weekly long-acting basal insulin, which has entered Phase III clinical trials globally.

5. On May 24, Genor Biopharma Co., Ltd. announced that its CD20/CD3 bispecific antibody GB261 got the implied license of Phase I/II clinical trial. It is proposed to be used for the treatment of patients with relapsed or refractory B-cell non-Hodgkin's lymphoma (B-NHL) and chronic lymphocytic leukemia/small lymphocytic lymphoma (CLL/SLL).

6. On May 25, CDE announced that the clinical trial application of first-in-class RP903 filed by TopAlliance and Risen had got the implied license. It is proposed to be used for the PIK3CA-mutated, advanced, and malignant solid tumors. RP903 tablet is an investigational oral small-molecule alpha-specific PI3K inhibitor developed by Risen. TopAlliance has obtained 50% of the global rights and interests of the program through cooperation.

7. On May 26, InnoCare Pharma announced that it had received approval to conduct a single-arm, open-label, multicenter Phase II clinical trial evaluating the safety and efficacy of tafasitamab in combination with lenalidomide for the treatment of adult patients with relapsed or refractory diffuse large B-cell lymphoma (DLBCL) who are not eligible for autologous stem cell transplantation (ASCT). Tafasitamab is a humanized monoclonal antibody targeting CD19 and was introduced by InnoCare Pharma in 2021.

8. On May 24, Qilu Pharmaceutical submitted a clinical trial application for Semaglutide Injection for the first time in Class 2.2 of chemical drugs and the company becomes the fifth enterprise to compete for Semaglutide in China. CDE has accepted the application the next day. Semaglutide, a GLP-1 receptor agonist developed by Novo Nordisk, was approved for treating type 2 diabetes mellitus in the United States in December 2017, and was then subsequently approved for indications such as obesity.

9. On May 26, Daiichi Sankyo's ADC drug DS-7300 targeting CD276 was declared for clinical trials in China, and it is the second ADC drug directed against the same target in China. Designed with Daiichi Sankyo's proprietary DXd ADC technology, DS-7300 is composed of a humanized anti-B7-H3 IgG1 monoclonal antibody conjugated to topoisomerase I inhibitor payload exatecan derivative via a tetrapeptide-based cleavable linker.

10. On May 25, CDE announced that the Selumetinib capsule declared by AstraZeneca was included in the Priority Review and it is proposed to be used for the treatment of pediatric patients aged 3 years and older with the symptomatic, inoperable Neurofibromatosis Type I (NF1) of Plexiform Neurofibromatosis (PN). Selumetinib is a MEK inhibitor co-developed by AstraZeneca and MSD.

11. On May 26, LEGN.US announced that the European Commission (EC) had granted Cilta-cel (brand name: CARVYKTI) a conditional marketing authorization for the treatment of adult patients with relapsed/refractory multiple myeloma (R/RMM), which received at least three prior therapies, including an immunomodulatory agent (IMiD), a proteasome inhibitor (PI), and an anti-CD38 antibody, and demonstrated disease progression on the last therapy.

12. On May 24, Dermavant Sciences announced that FDA approved VTAMA (tapinarof) cream, 1% for the treatment of plaque psoriasis in adults. This approval makes VTAMA cream the first and only FDA-approved steroid-free topical medication in its class, and the first topical novel chemical entity launched for psoriasis in the United States in 25 years.

13. On May 25, Hengrui announced that its ANDA application for Iodixanol Injection had been approved by FDA. At present, no similar generic drug products have been approved for marketing except in China. Besides Hengrui, multiple Chinese companies have obtained the approval for Iodixanol Injection production such as Yangtze River Pharmaceutical Group, Nanjing Chiatai Tianqing, and Beijing Beilu Pharmaceutical.

14. On May 23, Biohaven announced that FDA had accepted its NDA application for Zavegepant nasal spray for the acute treatment of migraine in adults. The PDUFA goal date for completion of NDA is set for Q1 2023. The potential approval of Zavegepant will lead to the first and only intranasally dosed small molecule calcitonin gene-related peptide (CGRP) receptor antagonist.

15. On May 26, Laekna Therapeutics announced dosing of first patients in the US and China, respectively, in a global multi-center, Phase 1b/III clinical trial of afuresertib in breast cancer. Subject enrollment was initiated at the same time at the Piedmont Cancer Center in Atlanta, US and Tianjin Medical University Cancer Institute & Hospital in China. Afuresertib is a new generation small molecule potent inhibitor of AKT kinase.

17. On May 23, Roche announced that its new generation of C5 complement inhibitor crovalimab has achieved positive results in Phase III clinical study (COMMODORE3) in treating patients with paroxysmal nocturnal hemoglobinuria (PNH). COMMODORE3 is a multicenter, single-arm Phase III clinical study conducted only in China. The innovative drug crovalimab is expected to be launched in China as the world’s first release.

18. On May 23, TopAlliance Biosciences announced that the Phase III registrational clinical trial (NCT05341609) of the Renmindevir (VV116/JT001), an oral nucleoside analog candidate for COVID-19 developed in cooperation with Vigonvita, reached the primary endpoint of “time to sustained clinical recovery” in a head-to-head battle with Pfizer's Paxlovid pill (Ritonavir tablet) for early treatment of mild to moderate COVID-19.

19. On May 23, Concert Pharmaceuticals announced that the Phase III clinical trial (THRIVE-AA1) of its oral JAK inhibitor CTP-543 in adult patients with moderate to severe alopecia areata met primary endpoint and key secondary endpoints. Compared to the placebo group, 41.5% of patients in the high-dose group (12mg twice-daily dose group) achieved 80% or more scalp hair coverage after 24 weeks of treatment.

20. On May 25, Hengrui Pharmaceuticals announced that a multi-center, randomized, controlled Phase III clinical research met the primary endpoint. The research compared the SHR3680 tablets combined with androgen ablation therapy (ADT) to the standard therapy combined with ADT in the treatment of metastatic hormone-sensitive prostate cancer (mHSPC) with a high tumor burden. SHR3680 tablets can significantly prolong the overall survival of mHSPC patients with a high tumor burden.

21. On May 23, WuXi Biologics announced that it had terminated the authorization agreement with GSK's Vir Biotechnology for the COVID-19 neutralizing antibody Sotrovimab. In February 2022, with the emergence of the omicron sub-variant BA.2, the FDA restricted the use of sotrovimab, saying the drug should not be used for mutant strains of the virus that are insensitive to the antibody.

22. On May 24, Henlius announced that it had signed a product license agreement with Abbott, agreeing to grant Abbott a semi-exclusive license for the commercialization of Hanlikang and Hanquyou in the Federative Republic of Brazil and in the territory, as well as a non-exclusive license to produce licensed products as an alternate manufacturer or to commission an alternate manufacturer.

EPISODE 21  |  16 MIN  |  14 Sep. 2022
This week, the most noteworthy event is Eli Lilly's hypoglycemic drug tirzepatide, a GIP/GLP-1 double agonist, was declared for marketing in China. In the meanwhile, there comes some good news for clinical trial applications of various important drugs. On the R&D side, the pivotal Phase III clinical trials of several drugs have shown positive results, which are related to thyroid carcinoma, pulmonary interstitial fibrosis, migraine, plaque psoriasis, and other indications. The news review of this week is from September 5 to 9, covering a total of 25 pieces of information in 3 sections, i.e., drug review, R&D, and business.

EPISODE 20  |  16 MIN  |  07 Sep. 2022
The marketing approval of SinoCellTech's new anti-CD20 monoclonal antibody ripertamab aroused the attention of the industry in China this week. While the clinical trial application of the AK130 injection developed by another Chinese company Akeso was accepted, making it the first and the only TIGIT/TGFβ bispecific antibody under research in the world. Other pharma news collected this week features 26 pieces of information covering topics on drug review, R&D, business, and listing.

EPISODE 19  |  12 MIN  |  30 Aug. 2022
In the last week's Chinese pharma market, the 11th indication of BeiGene’s PD-1 Tislelizumab was declared for marketing for the treatment of esophageal squamous cell carcinoma. While in the global pharma market, Johnson & Johnson’s Teclistamab was approved by the EC, making it the first BCMA/CD3 bispecific antibody approved for marketing worldwide. In addition, the EU officially released the eagerly anticipated final revision of its GMP Annex 1 for sterile drug products. Other pharma news collected in this episode covers 4 sections including drug review, R&D, business, and policy. 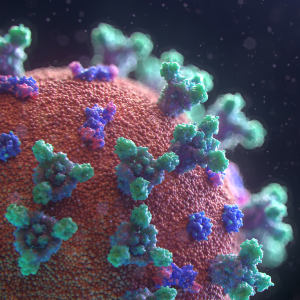 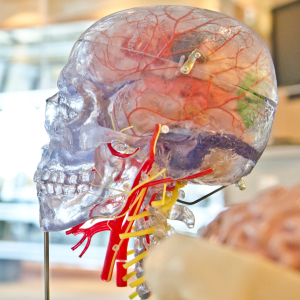 EPISODE 21 |  16 MIN  |  14 Sep. 2022
#Drug Review #R&D #Business
The marketing declaration of Eli Lilly's hypoglycemic drug tirzepatide in China
This week, the most noteworthy event is Eli Lilly's hypoglycemic drug tirzepatide, a GIP/GLP-1 double agonist, was declared for marketing in China. In the meanwhile, there comes some good news for clinical trial applications of various important drugs. On the R&D side, the pivotal Phase III clinical trials of several drugs have shown positive results, which are related to thyroid carcinoma, pulmonary interstitial fibrosis, migraine, plaque psoriasis, and other indications. The news review of this week is from September 5 to 9, covering a total of 25 pieces of information in 3 sections, i.e., drug review, R&D, and business. 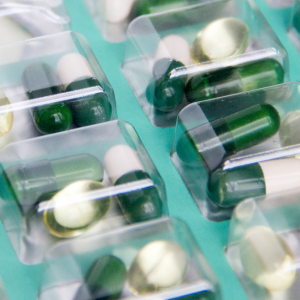 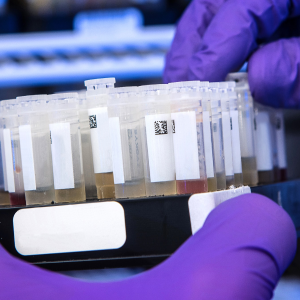