You are here: Industry Insights > Features > Pharma and Health from Ingredients to Pills: FDA Drug Recalls 101

Pharma and Health from Ingredients to Pills: FDA Drug Recalls 101

Drug safety is an utmost important consideration during drug development. Pharmaceutical drug use in the USA dates back more than a century, and the use of these drugs led to creation of new acts or changes to the existing ones. A glaring example of the need for drug safety occurred in October 1937, when the use of the antibiotic sulfanilamide caused upwards of 100 deaths.  Mortality was not due to the active ingredient itself, but by the addition of diethylene glycol (DEG): a solvent for the API. DEG was thought to be inert, lacking any therapeutic benefits.  However, it was the toxicity of the substance that led to the fatal side effects. The manufacturer claimed they did not foresee these side effects, due to the lack of animal studies prior to the drug being released to market. Due to this incident, the U.S. Food and Drug Administration (FDA) approved an act to ensure the safety of any drug by mandating non-clinical and clinical studies before drugs are marketed for public use. (1)

Since the early days of FDA regulation regarding drug safety, the method most utilized to remove potentially hazardous materials from the market is through the use of recalls.  These are by far the most effective way to deal with public health hazards while also allowing the manufacturer to maintain their reputation to the global market.  This is because the majority of recalls seen in modern days are voluntary.

In most cases, drug companies should remove any products that are beyond their control and that are determined to be in violation of FDA regulations from the market. How the violative product is removed from the market will depend on the nature and extent of the violation, with the two primary mechanisms being recall and market withdrawal.

A recall involves the removal and/or correction of a marketed product that violates FDA regulations and laws; for example, if it is adulterated or misbranded. If the FDA decides the necessity, it could take enforcement action due to its statutory powers, thus mandating a recall. However, more often, companies decide to perform voluntary recalls.  A recall could be ordered for something as simple as a specification deviation result during expiration testing which occurs prior to the labeled expiration date.  When a company decides to voluntarily recall a product must notify FDA and provide the following information as outlined in the regulations:

·        The product involved and the rationale for the recall

·        The total amount of product in distribution

·        A copy of the proposed or distributed recall communication.

Along with the FDA, companies typically consider the class of the recalled product (I, II, or III). (2)  The FDA has three classes of recall: those products that merely violate the FDA’s labeling or manufacturing laws; those that might cause a temporary health problem or pose a slightly serious threat; and those dangerous or defective products that could cause serious health problems or death. (3)

If a company does not voluntarily conduct a recall that the FDA finds warranted, the FDA then has the authority to mandate the recall. When this occurs, the FDA conducts a health hazard evaluation, determining the recall class, and then informs the company of its decision.

A market withdrawal, in contrast to a recall, is the removal or correction of a marketed product involving either a minor or no violation, which would not make the product subject to FDA enforcement action and do not require FDA notification. (2)

While it is highly unlikely that a pharmaceutical company will never send a product to market that would require a recall, there are some steps that they can do to make sure they mitigate this risk.  One of the major problems plaguing US-based pharmaceutical companies is the introduction of a regulation violating material contained in a product supplied by foreign 3rd parties.  While the APIs are produced on-site, many of the binders, solvents, and fillers are manufactured in China and India where regulations are laxer.

As observed in the latest recall involving the heartburn medication Zantac, much of the time, the offending product is not the API, but one of the inactive ingredients.  Rigorous testing and validation of all products originating from 3rd party sellers are the first line of defense for any US-based pharmaceutical company.  Any new material entering the facility should be analyzed either by Fourier Transform Infra-Red Spectroscopy (FTIR) or Gas Chromatography/Mass Spectroscopy (GC/MS) to identify potentially unwanted compounds.  Furthermore, adequate testing, both pre-clinical and clinical phase, should be carried out in a highly internally regulated method with any deviations being properly identified and resolved.  While these measures may increase the time it takes for a new drug to go to market, it will potentially save the company money in the long run in all the fees associated with a recall.

The FDA issues Warning Letters to biopharma, medical device, and food companies when they find that a manufacturer has significantly violated FDA regulations. The warning letters from FDA are public domain documents, thus pharmaceutical companies want to avoid receiving one at all costs.  The letter itself is simplistic. It comes addressed to either the head of the company (for smaller companies) or to the regulatory affairs representative (for larger companies).  A brief introduction as to the initial need for evaluation is followed by their initial findings citing any federal codes relevant to the violations found.  After all violations have been listed, a time period is then defined for the company to address the findings with the FDA.  This is usually done through a formal letter.  The FDA then defines the next steps should the company not comply or respond in the designated timeframe.  Such disciplinary actions are usually in the form of a mandated withdrawal or fines, but in severe cases can result in the closure of the facility.  In the 1990’s the FDA stepped in and locked out a company who failed to comply with multiple warning letters sent over the period of a year and a half.  Correspondence directions are provided along with any additional information deemed necessary. 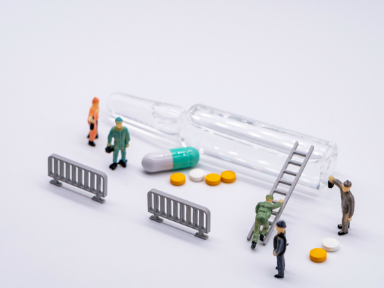