You are here: Industry Insights > Industry Data > Pharmaceutical News of the Week (July. 20th-July. 24th) | PharmaSources.com - Updates on Performance,Volumn-based Procurement and Others

Pharmaceutical News of the Week (July. 20th-July. 24th) | PharmaSources.com - Updates on Performance,Volumn-based Procurement and Others

The hottest event of the week was the official kick-off of the volumn-based procurement of the third batch of pharmaceutical products organized in China, with 86 specifications started to be acquired the basic information. Regarding other aspects, no new drugs other than Humanwell’s Class 1 new drug remimazolam besylate were approved for marketing. Now, let’s review the hot events of the pharmaceutical industry this week. The news involved 6 sections: approval, R&D, performance, volumn-based procurement, listing, and transactions that happened during July 20-24, including 24 pieces.

20. Jiangsu Aidea Pharmaceutical was formally listed on the STAR Market on July 20, with not more than 90 million shares issued at RMB13.99/share, corresponding to a P/E of 285.07.

22. Assembly Biosciences and BeiGene entered into a collaboration in China on July 20 for Assembly’s portfolio of 3 clinical-stage core inhibitor candidates for the treatment of patients with chronic hepatitis B virus (HBV) infection. Assembly will receive an upfront cash payment of USD40 million and is eligible to receive up to approximately USD500 million in potential development, regulatory and net sales milestone payments.

23. Gilead announced on July 21 that it would invest USD300 million to acquire a 49.9% equity interest in Tizona Therapeutics. Gilead will also receive an exclusive option to acquire the remaining 50.1% equity of Tizona for up to an additional USD1.25 billion, including an option exercise fee and potential future milestone payments.

24. Hansoh Pharmaceutical entered into a strategic collaboration and license agreement with EQRx on July 23 to grant an exclusive license to permit EQRx to research, develop, manufacture and commercialize almonertinib (and any product containing or comprising of almonertinib) in the field of treatment of cancer, cancer-related and immune-inflammatory diseases in humans outside of China. Pursuant to the agreement, Hansoh is eligible to receive upfront and regulatory and development milestone payments of approximately USD100 million.

Novavax has agreed to grant the Japanese licensing rights to NVX‑CoV2373, a vaccine candidate modified from the genetic sequence of the Covid-19 causing SARS‑CoV‑2 virus, to Takeda Pharmaceutical. 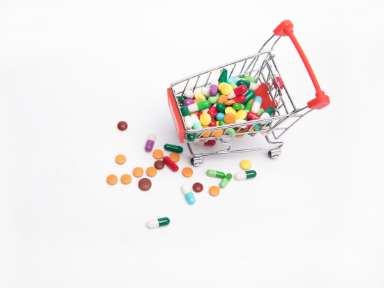 According to the key content spread on the internet on July 28 regarding the national centralized procurement meeting held on July 24.